If you love Star Wars, Harry Potter, Lord of the Rings and Game of Thrones, and have been really quite disappointed the fantasy/science fiction genre is missing a 2021/2022 powerhouse, then you will be incredibly excited to know that I am a HUGE fan of all the aforementioned shows and DUNE is my new favourite movie. I should preface this ‘review’ with this- I am not a film ciritc. I am not reviewing the cinematography, the soundtrack, the casting or any of that. I am reviewing did this movie keep me engaged, did I like the storyline and would I go see the next two in the series. With that covered- my review.

This film has oh so many fantastic features. Yes, it does help that the water man himself, Jason Momoa, is in this film but this is only the cherry on the top. Dune tells the story of main character, Paul Atreides. His family is one of power and they have been ‘offered’ control of the desert planet Arrakis, which is the only source of coveted spice melange. Paul’s family accepts, but you know this can’t be a good thing. As the only producer of ‘Spice”, control of Arrakis is a coveted role of the noble families. Further there is betrayal by an emperor, and as the story unfolds we are confronted with themes of politics and religion alongside confronting our own bias and perhaps stereotypes.

There were many times I thought this has a very similar main story to another movie I absolutely adore, to then find out Dune was written first!

Playing Paul is Timothée Chalamet- and can I say, his portrayal was excellent, in fact, the entire cast was very strong. I found it very easy to fall in love with Paul’s father Duke Leto Atreides, played by Oscar Isaac and I thoroughly enjoyed seeing a movie where there is a supportive father and a positive role model. Often so many male characters are written as masculine but fundamentally emotionally challenged. 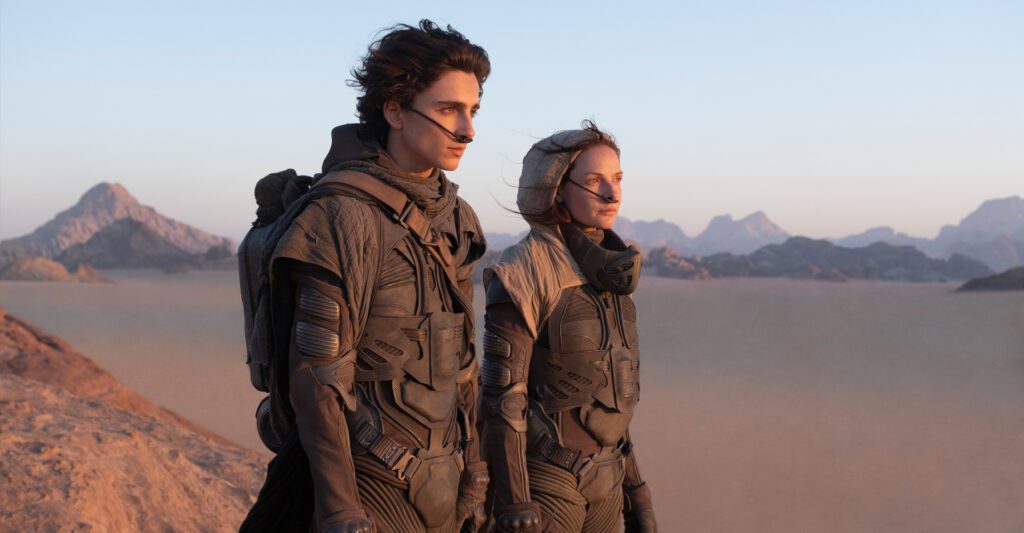 I have not stopped talking about Dune to anyone and everyone I know who will listen. Especially those I know are fans of the same type of genre as myself.

Dune filled the void that was left and although I believe they could have finished this movie in many different scenes throughout the final 1/3 of the movie, I am left wanting more. I am left counting down the days that I can go again to rewatch and learn even more.