Ahead of their newest release Moonbow, we caught up with Nik Iliadis (lead vocals/rhythm guitar) of Death by Denim to chat about the album, the last few years as a band and signing with record label ADA/Warner.

Obviously the past couple of years have been challenging in so many aspects, how did you find the motivation to keep being creative and making an album?

It’s probably one of the hardest things to do. It was a bit easier for us in Perth, we were able to do a couple of Northern and down South tours too. If we were stuck in isolation like the rest of the world, it would have been tough. We didn’t want to write an isolation album or a Covid album…We’ve been able to play some shows. And if we weren’t able to do that we would have gone crazy.

What’s the song writing process like for you guys? Is it quite independent or collaborative?

Usually myself and Palle will pretty much have a full song written, or a chorus and a verse and then we’ll take it to the other boys. Sometimes it gets completely turned on its head, but in a good way! I think when we started, it used to just be, “here’s the song, play the parts and just release it,” there wasn’t much creativity involved in it. Now I think it’s much more of a collaborative effort and that helps with the sound, people adding in their own point of view. I think it’s better these days (the songwriting), so hopefully others think that too. 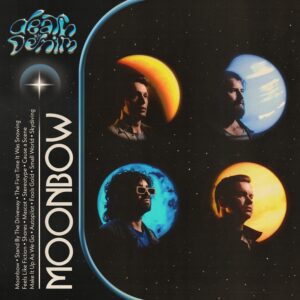 Following on from your first album and the huge success, you scored a record deal with Warner. What did that feel like?

Yeah, pretty crazy I guess! Our management had been talking to them for six to eight months before so we knew something was there, but one day they just said “they’re keen to sign you” and it all just became a bit of a reality. Even when we did sign it was a bit bittersweet though. Not knowing if we can even perform or tour and things like that. It was about the time that Western Australia (WA) was getting more cases, shows were getting cancelled. So with everything, especially in the music scene, something good happens and then something bad happens. But you’ve gotta take the wins. That’s what we’ve been saying to ourselves, you’ve gotta take the wins.

Yeah for sure, take the good with the bad. Do you think it’ll change much of how you guys do things, the record deal? Or will it be an enabler, helping you to grow bigger and bigger?

I think with having a bigger team we are able to let go of some of the behind the scenes stuff we don’t need to focus on anymore. So we can focus more on rehearsing and writing new music. We can do videos and that kind of stuff that goes by the wayside when you have to do all of the other stuff as well. Hopefully with the extra help, they can take care of that, as well as you build the foundations of that as well.

Is that something you particularly like doing? The music videos and the creative side of things?

Yeah we like to do it ourselves. George, our bass and keyboard player, he loves filming and editing and that sort of stuff. We used to work a lot with Dan Hilderbrand who used to be a Perth guy, he’s now in Sydney, but when he left we thought, we can maybe do it ourselves. And George is really good at that. We just recently did a video for Moonbow the single. We worked with Ashlee Mclernon, she’s a videographer and a photographer here in Perth, so yeah it was a collaborative effort but we were able to have a lot of say in that too.

So, just touching on that a bit.. Where did the inspiration from the album title (Moonbow) come from, is there a story there?

There is. We were travelling back from Brisbane last year and usually on a flight, you would watch a movie, listen to music or sleep. But Palle just downloaded a fun fact app. I was sitting next to him and he was just talking to me about all these random fun facts, the whole flight. I was like “yeah, yeah, yeah, cool man. Just trying to watch this movie”. But then he came across this ‘moonbow’ which is a rainbow at night, and at the time we were writing a song about this mystical experience, but we couldn’t think of the title. Moonbow kind of came from the fun fact app and became the album name. Sounds pretty crazy but, yeah!

In press you’ve said;  “It explores some darker personal moments and emotions at times there is this greater sense of triumph and recognition. ‘Moonbow’ is all about learning to overcome and be comfortable with the chaos and confusion in your life – past, present and future.”

What do you hope listeners will take from listening to the album? Is there an underlying key theme here or is it all quite interpretive?

I think it’s pretty interpretive. When we write we like people having their own interpretations of our songs, with their stories. I was talking to a guy a few weeks ago and he mentioned a line in the song Wiggy, and said that had resonated with him because he was going through something similar. But the actual song came from an experience completely different to that, so it’s cool that people can just find their own meaning with it.

You’re about to head off on tour around the country with Old Mervs and a bunch of other talented acts, what shows are you most looking forward to?

Our Melbourne show on the 25th of March. We haven’t been to Melbourne for about two years, because we weren’t able to get there last year so that’s going to be really cool to be there again. As well as that the Perth show at Freo Social on the 29th of April will be pretty cool. That’ll be one of the biggest shows we’ve done so far so that will be up there. 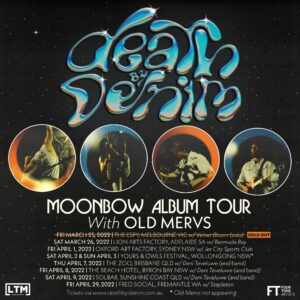 There seems to be a handful of Freo artists recently that are hitting the big time lately (Noah Dillion, Spacey Jane) – what do you think it is that gives Freo artists that greatness that people tend to love?

I think it’s WA in general to be honest, but Freo acts specifically have that magic spark. I don’t know what it is or what’s in the water but I think it’s pretty tough to crack it here in WA. So when a band or artist does so well here in WA they are confident in heading over East and doing the same there, and then people like Spacey Jane of late, get the confidence to go international. It’s just building that fanbase like you do from the get go here in WA so I think that’s the main thing.

What’s your favourite song on the album?

My favourite song is Skydiving, it’s also my Mum’s favourite song. I remember when I showed her that one and she started crying and that’s never happened before. It’s a special moment. It’s quite emotional and it’s the last song on the record too, so it kind of caps it all off in a nice, but emotional way.

Death by Denim’s second release Moonbow is out now, wherever you get your music.