The Perth Festival movie, Limbo, is now showing at the Sommerville outdoor cinema. The film is so timely as it sensitively reflects on the lives of people waiting for asylum and refugee status. The film is set in the bleakly cold but beautiful landscape of a remote Scottish island. We follow the lives of four men waiting for notification of their asylum claims and how they interact with a small and suspicious Scottish community.

Omar, the lead character, is a talented young musician. He played the Oud (like a lute) when he lived in Syria but struggles to even pick it up in the isolation of the remote Scottish outpost. Omar shares a sparsely furnished house with three other asylum seekers.

The writer and director Ben Sharrock takes us on an emotional roller-coaster ride as we follow Omar and his fellow detainee, Farhad from Afghanistan.

The very funny opening scene features Scots, Helga and Boris, teaching a class of bemused asylum seekers how to appropriately behave when dancing. The totally incongruous dancing scene is set against the knowledge that asylum seekers are sent to this harsh island to break them into submission. The idea, they will want to go back to their war-torn homeland.

Watching the men call home from a lonely telephone box in the middle of nowhere and that click as the telephone money runs out is so poignant. Omar rings his parents who have escaped Syria and are in Turkey while his brother stayed in Syria to fight. His parents see their other son as a hero.

Sharrock has shot the film, with a deliberate slow pace with long silent pauses that represents boredom and despair as men wait for their elusive asylum letter to freedom. Capturing that slowness of time, immersed me in the landscape and journey of men with dreams of a new life, but essentially stuck in limbo.

As a film, Limbo offers a profoundly revealing insight into the unbearable plight that asylum seekers face. It is beautifully filmed and brilliantly acted, interspersed with delightful snippets of humour, sadness and at the same time, hope.

Any movie with epic landscapes is enhanced when shown at the Somerville Outdoor cinema with the screen framed by Norfolk Island pines. Having not been there for a year or so, I was impressed by the upgrades of picnic tables, bar stools and Lotterywest cushions.

Limbo is on at the Somerville Auditorium this week until 23rd January 2022. 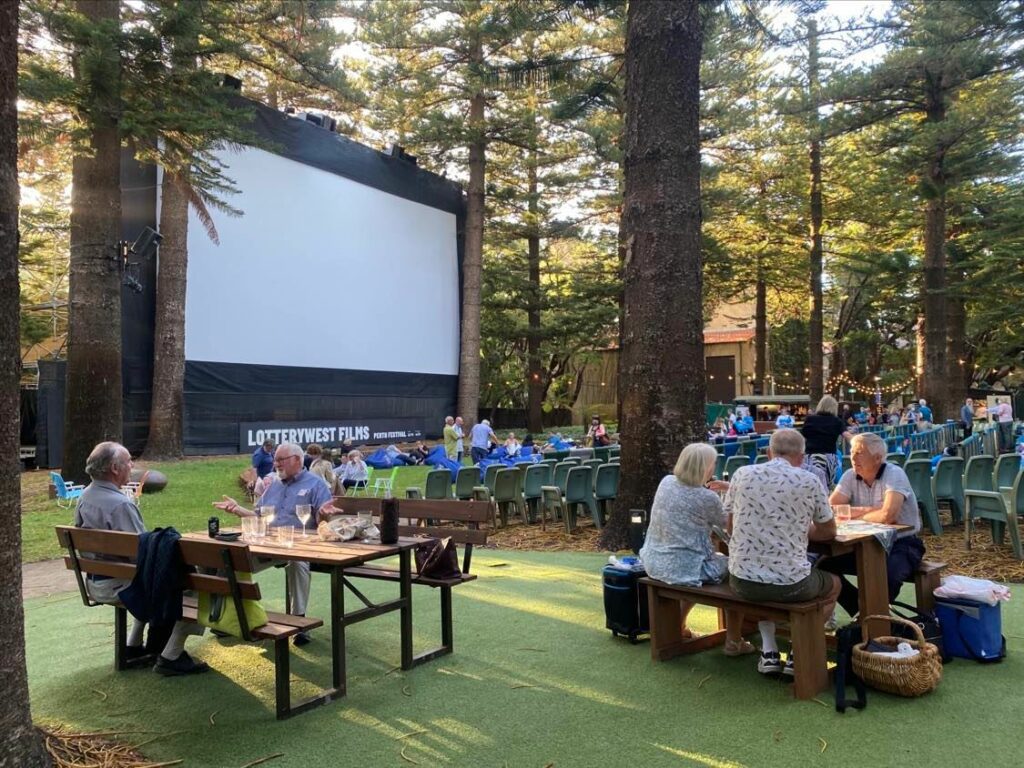