48 hours in Fremantle – The Convict Theme

The historic port of Fremantle is a great place to visit for many reasons. One of those reasons is the World Heritage listed Fremantle Prison that was built by convicts in the 1850s. So, when we decided on a Freo staycation, we went for a convict related theme.

While you’re on Staycation transport is very important to organise. We chose to get the train to Freo for two reasons. Parking is an expensive and complicated issue and walking is the best way to get around. In keeping with the historic theme, did you know that Fremantle Train Station is an old one, dating back to 1907. What a great starting point for our Freo convict inspired staycation.

There are two convict related places to stay in Freo: Warders Hotel and the Hougoumont Hotel 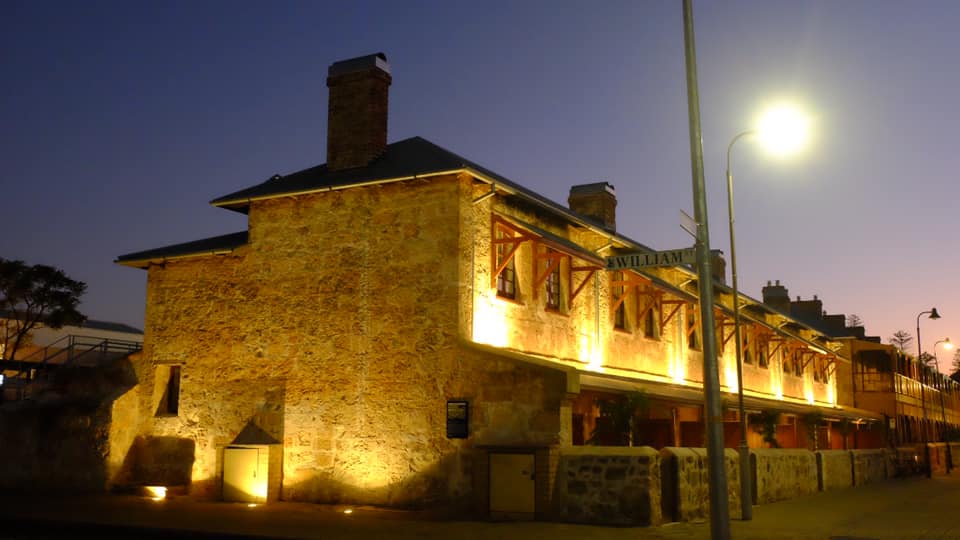 The Warders cottages were built in 1851 to house the prison warders. It has been renovated and opened as a hotel in 2020. The Hougoumont is named after the last ship of convicts arriving in Fremantle. It has been the site of various hotels since the 1840s: Stanley Beer House, Duke of York Hotel, Club Giovanni Italia, and Fremantle Club.

To get in the convict theme, head to Shipwrecks Museum in the Commissariat Buildings. They are the oldest convict-built buildings in Western Australia.

After you have been immersed in old ships, cross the railway and explore the Roundhouse (oldest building in WA) and the original gaol for Fremantle. It has a great view over Fremantle and down to Bather’s Beach, which is our next stop. Bathers Beach House has deck chairs right on the beach for sunset cocktails. It is situated next to the historic ruins of the Long Jetty. 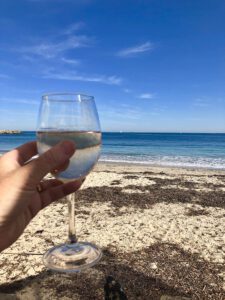 One of our favourite places for breakfast is Moore and Moore in Henry St. The 1840s warehouse has an Art Gallery and café in different rooms, corridors, and back garden. The café’s aim is to provide good food with fresh, sustainably grown local produce.

The Freo Markets (1897) are an institution and only open on Friday, Saturday, and Sunday. Wander up and down the narrow corridors browsing fresh fruit and vegies, cheese, and prepared food. Check out all the products for sale. Many spots to pick up some lunch. 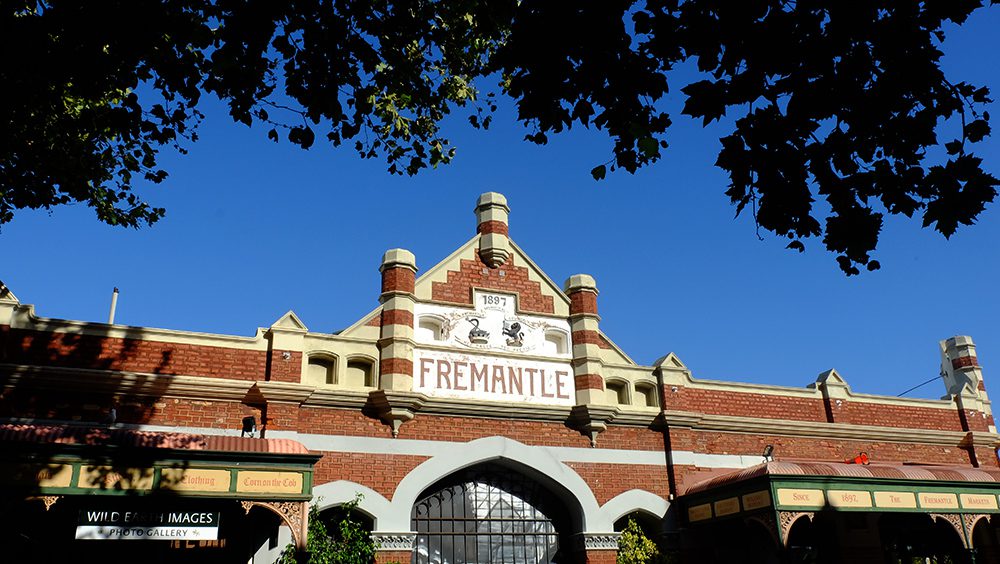 Fremantle owes its transformation from a tired old port town to a lively pub-based location to the America’s Cup that was held there in 1986. The yacht, Australia II, which won the cup in 1983 in America, is on display at the Western Australian Maritime Museum on the edge of Fremantle Harbour.  Pass by the commemorative walls of migrants who came to Fremantle and enter the ship shaped museum.

While we are in the ship theme, Darling Darling is a very funky atmospheric bar in Henry St. Push past the hessian covered door and let your eyes adjust. The candle lit, tiny bar feels like being on an old ocean going ship. 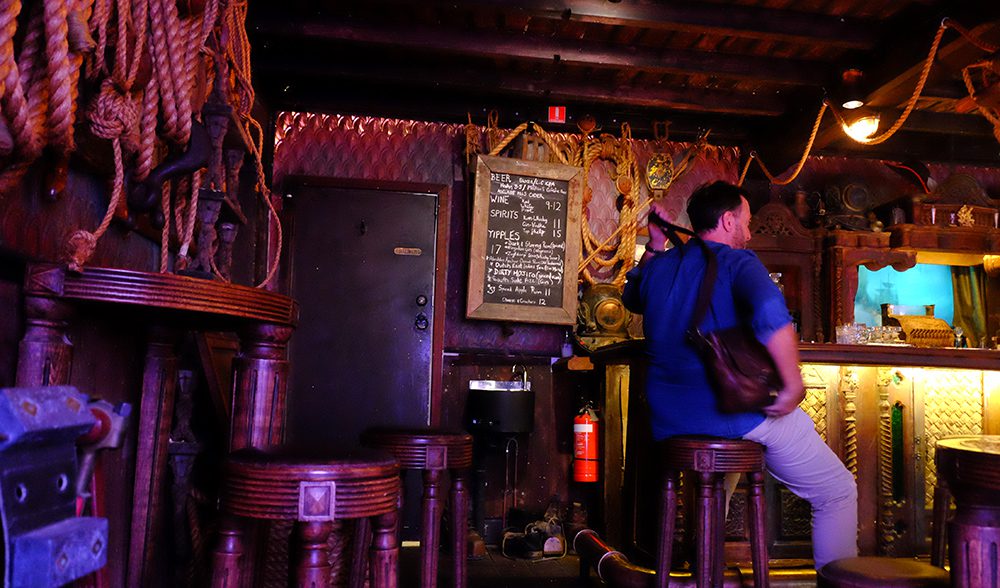 The Emily Taylor was a ship from the 1800s that sailed from England to Fremantle, stopping through Asia on its voyages, picking up tea, spices and other exotic products. She also carried the first Chinese immigrant Moon Chow to the new Swan River Colony. Therefore, the restaurant and bar have an Asian fusion menu and is attached to the Warders Hotel. 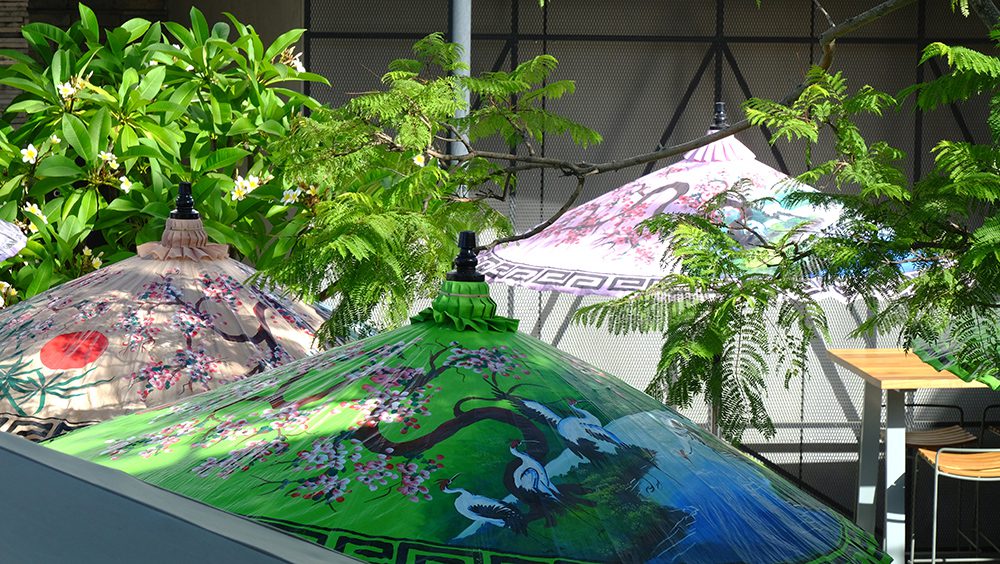 Fremantle Prison is the big-ticket item. Just inside the gate house is the No Escape Café for breakfast. It is run by the Empyrean Education Institute which trains hospitality students 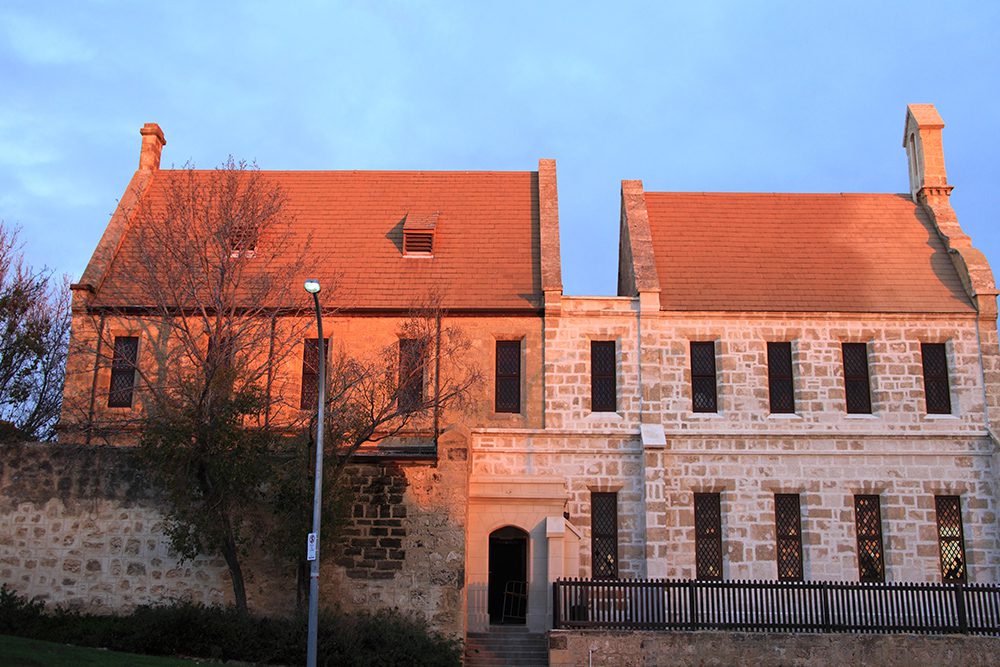 While we are talking spooky convict-built locations, the now Fremantle Art Centre was the Lunatic Asylum and Invalid Depot. It is believed to be haunted in the tiny rooms upstairs. Now as an art centre and café, on a Sunday afternoon (October – March) there is free live music in the lovely courtyard. Bring some picnic food from the market and settle in for the afternoon. 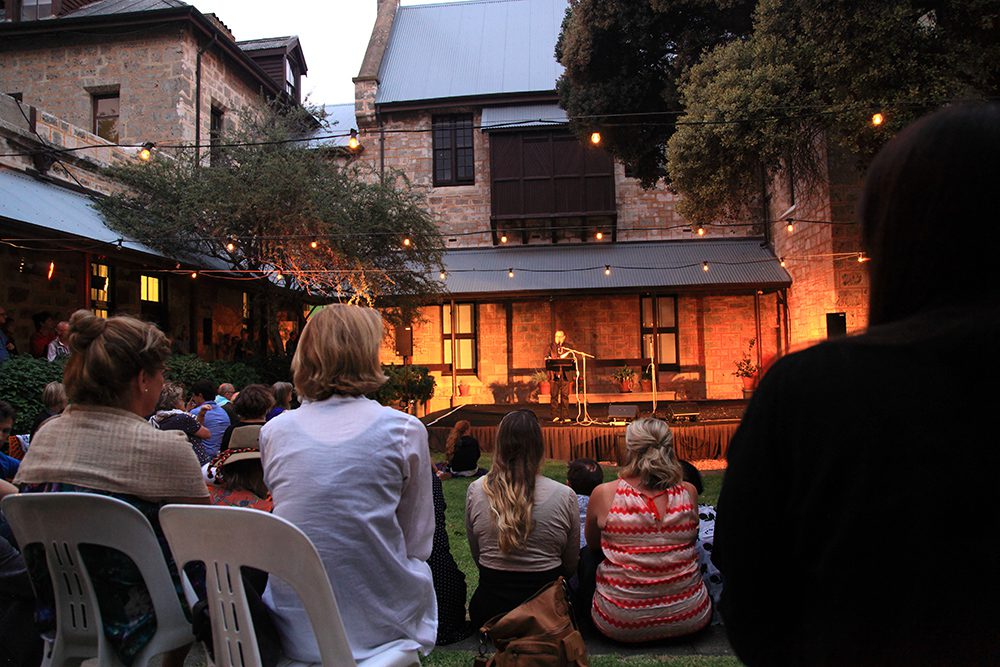 It is a relaxing way to top off 48 hours in Fremantle.

Want to find more inspiration for Travel in WA? Head here for more!