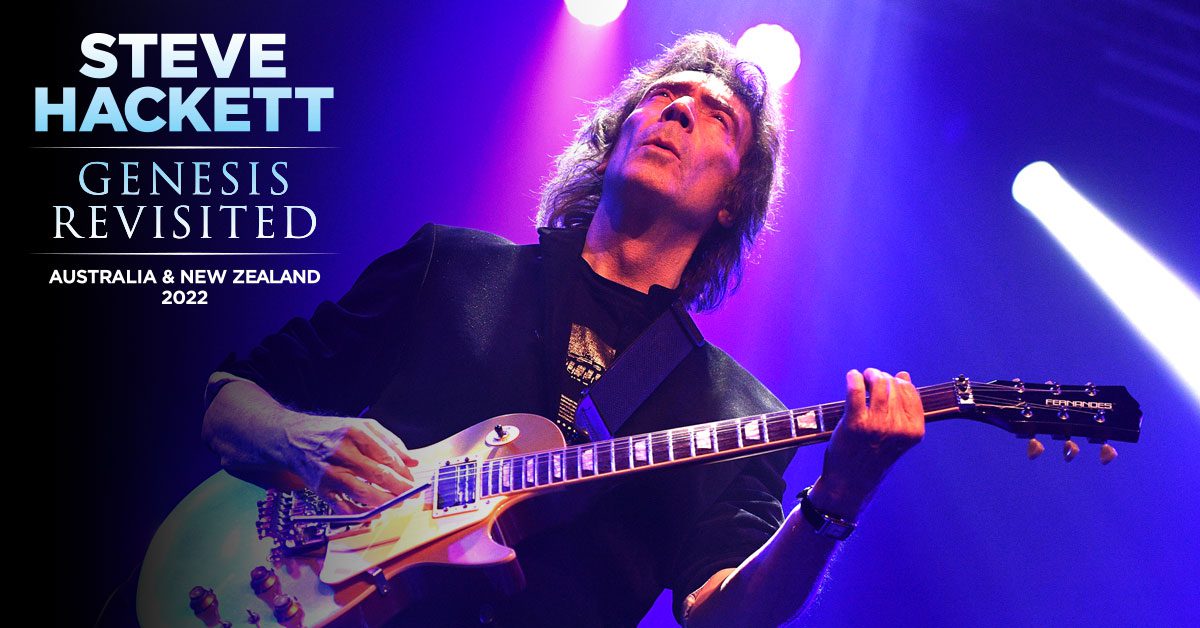 STEVE HACKETT – GENESIS REVISITED 2022 – RESCHEDULED DATES ANNOUNCED
Performing the entire album Selling England By The Pound AND the classic Genesis live album Seconds Out.
Steve Hackett and David Roy Williams Entertainment have rescheduled Steve’s Australian and New Zealand dates to the first half of 2022. The tour has regrettably been postponed due to difficulties getting Steve and band into the country.
Now bringing in a bigger and better show, not only will be Steve being performing “Selling England By The Pound” in its entirety, but Steve will also be including our favourite Genesis live album “Seconds Out” featuring ‘The Carpet Crawlers’, ‘Afterglow’, ‘The Lamb Lies Down On Broadway’, ‘Suppers Ready’ and more !
“We’ve been wanting to come back to Australia and New Zealand so much, and whilst the unavoidable postponements are disappointing, we know the anticipation will be such that when we do finally get there, the concerts will be so much sweeter. We are really looking forward to bringing back live music to you all” Steve Hackett