Back to the Pleasure Garden – Fringe 2022 has arrived

The inexplicable magic of Fringe World is on our doorstep, with a summer of scintillating delights in the city and arts in the suburbs returning on 14 January 2022. An abundance of new and long-loved local and Australian talent is announced this week, with a whopping 204 shows hitting the box office on the early release list alone.

Fringe in 2022 is open-minded as ever, Covid-savvy, and ready with an attitude of whatever happens, happens. Serving fringe arts to mainstream Perth for over ten years, it would take more than a global pandemic to shut this candy shop of colour and vibrancy down. 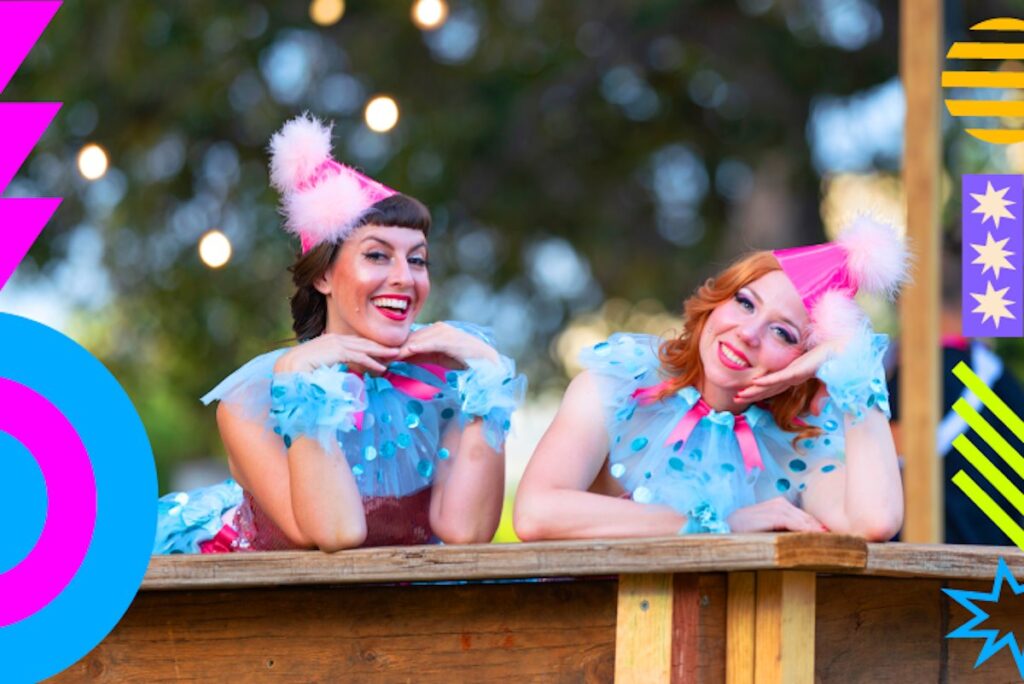 “The only thing that was never on the table was to do nothing,” says Artrage CEO Sharon Burgess, reflecting on the agility the festival has developed in response to the pandemic. “We were willing to make changes, and learn new concepts, but we never once said we’d stop.”

Sharon’s joy is evident when she describes the kaleidoscope of homegrown entertainment punters can look forward to from this year’s shows. “I’m so impressed with the artists and their ability to develop fresh material. Likewise with audience hunger, we have a huge number of Fringe World Friends signed up for early access. It’s great to see support for performers who may have struggled recently with restrictions.”

Fringe World is about variety, a kind of cabaret of cabarets. YUCK Circus will flex some muscle and get audiences giggling in the Pleasure Garden’s centerpiece Spiegeltent, with their signature powerhouse acro-humour and antics, while at the same venue, the little ones can engage in some sustainably minded physical theatre with festival newcomer, A Bee Story.

“Fringe is absolutely about including the kids,” says Sharon. “I love walking the Pleasure Garden and seeing them rolling about laughing or mesmerised by a real live mermaid swimming.” Satiating the needs of children and adults alike are the much-adored Dummies Corp, presenting a killer new comedic mystery in Dumtectives Cirque Noir, and an all-ages jungle circus frolic, Don’t Mess With The Dummies.

Briefs are back, with Bite Club, a heady and hilarious cabaret for the senses. They’re currently collaborating with vocalist Sahara Beck, so if you like your boylesque served hot to sultry strings and a songbird, that’s the ticket for you.

Also announced this week – award winning NT comedian Amy Hetherington, who in a stroke of progressive comedic genius, is bringing her newborn on stage for some breast milk laced tales of sidesplitting parental woe, and Perth’s own Taiko On in the world premiere sound bath experience Onsen, a musical immersion soundscape. Expect didgeridoo, traditional Japanese percussion, and the strange sensation of submerging in a hot spring via your ears.

Whether you’re seeking pure stand-up lols, a twist of hypnotism, raunchy cabaret, breath-holding stunts or thoughtful theatre, Fringe World will cater. But the biggest mistake one can make during Fringe is to stay in their lane. With so much accessible, astonishing talent in the vicinity, it’s the perfect opportunity to try it all. After pleasure seekers exhaust the list in the city, they can hit the ‘burbs for a whole host of alternative acts. This year’s program stretches from Kalamunda to Fremantle and beyond, with venues from all over Perth participating in delivering shows to the people.

The line-up is dominated by West Australian performance artists, with a smattering of interstate guests, those fortunate enough to have ways and means to join the fun. Sharon and Artrage have great pride in the bill they’ve filled with purely WA based and Australian talent, but she says, not unsentimentally, that they’re keeping a seat warm for the rest of the world to rejoin the fun when it’s possible again. In the meantime, Perthies should jump on and become a Fringe World Friend for early ticket sales and special discounts to support your local acrobat, drag queen or saxophonist.

Fringe World runs 14 Jan to 13 Feb 2022, with early access tickets available now for Fringe World Friends, and on 27 October for the general public. The full program goes live from 10 November.